Southeast Europe Coalition on Whistleblower Protection > From the Source: Nedim Hadrovic > Closing in on Serbian Voices of Opposition

Closing in on Serbian Voices of Opposition

December 19, 2016
No comments yet
From the Source: Nedim Hadrovic

There is a great irony in the way dissent is handled in the Balkans. What makes this irony even greater is that the handlers of dissent don’t even see it.

Ten months ago, the incumbent Serbian Progressive Party (SNS) organized a censorship exhibition in Belgrade that Radio Free Europe’s Gordana Knezevic pointed out was to show “there is no censorship in Serbia!”

It did the opposite.

The Shakespearean irony here is that, by hosting and attending the “Uncensored Lies” exhibition – as a plainclothed visitor, no less – Serbian Prime Minister Aleksandar Vučić showed he woefully misunderstands the role of journalists and the media as watchdogs of accountable government rather than individuals with a vindictive agenda against him. 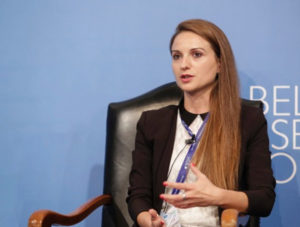 What’s of greater concern is that this exhibition serves as a subtle and public threat to any continuing probes into his government or those close to him, as it showcases that he keeps not only a public catalog of Tweets and statements “against” him, but also that he is willing, in true Machiavellian fashion, to make it appear as though he welcomes differences of opinion.

The Independent Association of Journalists of Serbia (NUNS) pointed out precisely that the current establishment does not understand that media isn’t also merely a “propaganda and politicians’ marketing tool.”

Finally, the government does oppositional journalism a service by reacting to it. As Dragana Pećo of Belgrade’s Crime and Corruption Reporting Network (KRIK) points out, one of its major investigative stories about Health Minister Zlatibor Lončar and his alleged connections to organized crime, was very much under the radar – specifically, only on its website – until it started circulating. Lončar then criticized both the article and KRIK, dismissing the story as baseless and the organization as being funded from Sarajevo and avoiding paying Serbian taxes. Thereupon the story exploded all around the region.

But while reactions like Lončar’s are frequently beneficial to certain stories, this again provides an insight into the altogether different and more dangerous environment for journalists under Vučić.

“When I started out in investigative journalism five or six years ago, the incumbent government was still the Democratic Party,” Pećo tells me. “You could publish any story on them, how they were running things, and they’d completely ignore everything.”

The previous government wasn’t as maniacally as obsessed with media as is the current prime minister. Many journalists, such as Slobodan Georgiev of the Balkan Investigative Reporting Network (BIRN), agree that slandering journalists was less frequent and media was “less polarized.”

‘Take a vacation to the coast’

Vučić’s preoccupation with the media in the country is so large and complex, that it doesn’t just stop at the exhibition.

His rationale, while unsound, is calculated: “The freedom of media in [this country] is incomparably larger than a few years ago…because almost all dailies and weeklies write against me.”

Speaking to the media earlier this year, he said, “If they tell me I’m Hitler, that’s freedom. That’s great and I am proud of that freedom.”

Seldom does a week pass that the prime minister doesn’t make a statement about the media, ranging from accusing journalists of being liars to ecstatically praising optimistic reports by the European Commission on the status of media in the country.

What’s complicated and perhaps a little disheartening for the journalists who so fervently campaign for greater freedom and point to the increasing pressures on this freedom is that this assessment is, on paper at least, quite true. Out of 180 countries assessed, Serbia ranks 59th in Reporters Without Borders’ 2016 World Press Freedom Index. Which isn’t so bad, comparatively, taking into account neighboring countries. But the problem here is that Vučić keeps check on the media by proxy – meaning many if not most editors at mainstream outlets, tabloids and portals are in some way in his pocket and monitored by his government – so that it again appears that he doesn’t directly control anything.

There are, however, more open instances.

Olja Bečković, formerly the host of weekly B92 show Utisak nedelje (Impression of the Week), says Vučić “threatens and controls the media.” Before her show was canceled, Vučić personally called her several times to express dissatisfaction with her reporting.

Bečković had scheduled former Economics Minister Saša Radulović to appear on the show, where it was expected he would tender his resignation following open disagreements with Serbia’s economic policy and Vučić, who was then deputy prime minister. In what she claims was blatant meddling in editorial affairs, B92 management had asked her to cancel Radulović’s appearance and instead book Vučić onto the show.

In what became an infamous episode, Bečković asked Vučić questions he clearly was unprepared for and visibly distressed by. By summertime Bečković was told she could “take a vacation to the coast.”

‘If you’re paralyzed with fear, are you alive?’

Meanwhile, in typical Informer fashion, KRIK and its staff have continually been labeled terrorists, foreign agents and criminals. Freedom House confirms that Vučić’s administration has “escalated a drive to portray investigative and critical media organizations as foreign-backed propagandists seeking to damage his government and destabilize the country.”

Dragana Pećo says that, especially following an extensive investigation into the following clear and present dangers from individuals following them and photographing them from a distance, they have had to move offices to a different location in Belgrade. They still don’t feel safe.

To show their disapproval, Pećo and a handful of media colleagues walked out of the South East Europe Media Forum in Belgrade on November 21 just as Vučić took the stage. The journalists probably wouldn’t have liked what they heard. Rather than celebrating media freedom and independence, the prime minister passive-aggressively criticized journalists and said he would only get along with those who are “nice.”

While there haven’t been any assassinations as dramatic and as blatantly orchestrated as Slavko Ćuruvija’s, there are sustained threats and verbal abuses against journalists in the country. In an interview with Balkan Insight, Georgiev points out that, particularly in this climate, there are different ways of being killed. “If you can’t make ends meet – you’ve been killed, if you don’t feel safe, you’ve been killed. If you’re paralyzed with fear, are you alive? No.”

And although there are fears that Serbia may enact the same anti-NGO law as in Russia (should it opt for a path eastward), Pećo maintains that a very healthy number of people recognize and support their work and the work of other independent journalists, be it through social media or donations.

There can’t be any strong predictions as to what Serbia’s journalism will look like in the face of such demagogical machinations. But it is painfully clear that Vučić will continue to demonize NGOs, independent media and journalists stepping outside that proverbial pocket of spin for the foreseeable future.

Or perhaps we overanalyze. Perhaps the reason behind this is much more simple, more blunt – perhaps his disdain for journalists stems from a divorce from one. A hurt Balkan machismo has caused wars before, it can most certainly produce pains to free expression. 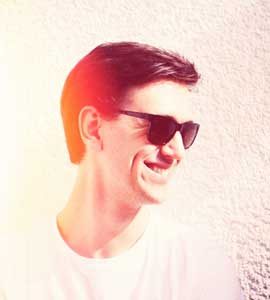 Your ticket for the: Closing in on Serbian Voices of Opposition

Closing in on Serbian Voices of Opposition