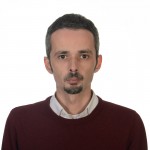 On International Right to Know Day on Sept. 28, 2014, then-Kosovo Prime Minister Mr. Hashim Thaçi said his government was “working with full commitment towards the country’s membership in the international initiative Open Government Partnership – OGP. We are in the process of adoption of the Action Plan.”

With no irony directed at the former prime minister and his advisers, who include former NGO members, they have willingly misinformed themselves.

Thaçi, who is now Kosovo’s president, signed an agreement in April 2014 to enact Kosovo’s National Action Plan. We can agree that even on International Right to Know Day, the head of the government and his advisers can make mistakes in releasing public information. As Oscar Wilde said, “Experience is simply the name we give our mistakes.”

Of the Plan’s 70 actions, Action 19 called for Kosovo’s Whistleblower Protection Law to be improved by February 2015. Again the government, in fulfilling Wilde’s quote, made another mistake. The law remains unimproved, with seemingly no hope of progress this year. Overall, only 5 to 6 percent of the Action Plan has been realized.

So there is a need to blow the whistle – and whistle again – for Kosovo’s Whistleblower Protection Law, until experience is simply the name we give to our progress.

Your ticket for the: A Whistle for Kosovo’s Whistleblower Protection Law