By Mark Worth
Coalition Co-coordinator 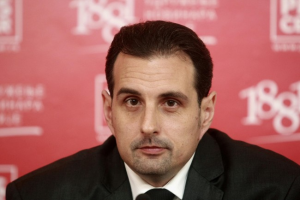 Two Southeast European countries are becoming showcases for how laws, institutions and NGOs – if given the chance – can protect whistleblowers effectively.

The Law on Whistleblower Protection in the Institutions of Bosnia-Herzegovina passed Parliament unanimously in 2013 and took effect at the beginning of 2014. Virtually unique internationally, the law allows state employees to be protected almost immediately after they report misconduct – without needing to suffer long periods of retaliation before seeking compensation through the courts.

Employees can request whistleblower status from the BiH Agency for Prevention of Corruption even if they only suspect retaliation could occur. If approved, the Agency can order the employer to stop the retaliation or reinstate the person if he or she has been fired or demoted. Employers must follow this order within three days, lest they personally face fines of €5,000 to €10,000.

The threat of such a fine succeeded in pressuring Bosnia’s Indirect Taxation Authority to reinstate Danko Bogdanović, who was fired in 2013 after revealing a large-scale bribery scheme that allowed companies to pay lower import and export fees. Bogdanović was reinstated on 4 June 2015 with the support of the Center for Responsible Democracy-Luna, a Coalition member. 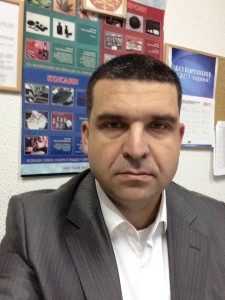 Similarly in Serbia, it did not take long for the Law on Protection of Whistleblowers to begin helping victimized whistleblowers after it took effect in June 2015:

Each of these employees was supported by Coalition associate member Pištaljka.

One of the keys to the success of the Serbian law is that is was developed patiently and publicly by a team of government officials who welcomed input from international whistleblower and anti-corruptions experts – and from whistleblowers themselves.

However, more than a law is needed to protect whistleblowers. In the same way, it takes more than just policy-makers to pass a whistleblower law. Emerging success stories, such as those in Bosnia and Serbia, are thanks to partnerships between governments and NGOs, and between officials at the national and EU levels.

These partnerships will help ensure that new whistleblower laws developed in Southeast Europe are not rushed onto the books. Speed is usually the enemy of good policy. The new laws that already are beginning to work in Bosnia and Serbia have benefited from patience and collaboration, as well as from the very kind of transparency that the laws themselves seek to promote.

The Coalition salutes the whistleblowers in Bosnia and Serbia who risked the careers to serve the public, the NGOs and journalists who came to their defense, and the public officials who had the courage to uphold the law and fulfill their duty to citizens with political will and integrity.