Southeast Europe Coalition on Whistleblower Protection > Features > Moldovan Whistleblowers on Their Own: “The state will not protect me if I’m in danger”

Moldovan Whistleblowers on Their Own: “The state will not protect me if I’m in danger”

For as long as 20 years, women at a psychiatric home in the northern Moldovan city of Balti suffered rape and other abuses at the hands of staff. In recent years this abuse allegedly included beatings, lockdowns and forced abortions. Complaints and reports sent to authorities went nowhere.

It was not until attorney Doina Ioana Străisteanu exposed the crimes that the wheels of justice started to turn. 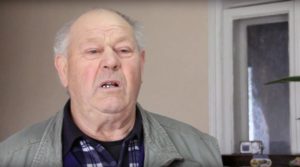 “I began to speak publicly when I saw how bad the situation was, when I saw that they tried to cover up the case, when I saw that some judges laughed when victims spoke and didn’t take their words seriously,” Străisteanu said, “and when prosecutors removed victims from the case and did not follow up on accusations.”

After one of the victims told her family about the abuses in 2013, 15 other victims came to light. More than 40 groups and individuals signed an open letter demanding justice in the case.

Finally, in October 2016, one of the doctors accused in the scandal was sentenced to 13 years in prison. Yet, for unknown reasons, he was permitted to leave the courtroom. His whereabouts are unknown.

The story of the Balti atrocities is presented in “Whistleblowers on Their Own,” a documentary film and exposé (also in Romanian) produced by the Anticorruption Alliance and the Resource Center for Human Rights (CReDO). Both Moldovan NGOs are founding members of the Southeast Europe Coalition on Whistleblower Protection.

Also profiled are the stories of whistleblowers Veaceslav Ioniţă, a Parliament member who helped expose the 2014 theft of $1 billion from three Moldovan banks; Iurie Sajin, who reported beatings, lockdowns and other abuse at a disabled children’s home in Orhei; and Nicolae Petrovici, who disclosed illegal stone quarrying and lime burning at Trinca Gorge.

The film and exposé have drawn widespread public attention to Moldova’s weak legal protections for whistleblowers – as well as the much broader problem of systemic corruption within elite circles.

With the potential of joining the EU moving closer to reality, Moldova is engaged in a broad-based anti-corruption effort – in particular, ending impunity for well-connected political and business interests who rob public coffers.

Among the package of reforms is passing the country’s first whistleblower protection law. A first big step toward reaching this goal was taken on 25 May 2017, when Parliament passed a Law on Integrity that includes Moldova’s first-ever provisions to shield whistleblowers from retaliation. The Anticorruption Alliance and CReDO were among the key champions of the law.

Following up on this victory, a proposed “Law on the Protection of Whistleblowers” was developed in October. The draft includes many European and international standards, including:

Leading this effort is Moldova’s National Anticorruption Center, in cooperation with the UNDP. Blueprint for Free Speech, a Change of Direction partner, provided expert input on the proposed law and participated in a series of consultations and trainings with government officials and NGOs in 2016. Out of these meetings, a working group comprised of officials and activists was formed to develop the proposed law.

Momentum to improve accountability and transparency within Moldova’s government institutions has picked up since its Association Agreement with the EU took effect on July 1, 2016. The treaty is a first step toward possible EU membership.

Your ticket for the: Moldovan Whistleblowers on Their Own: “The state will not protect me if I’m in danger”

Moldovan Whistleblowers on Their Own: “The state will not protect me if I’m in danger”